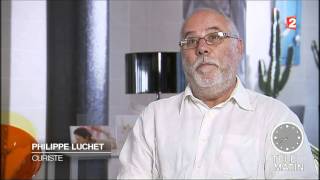 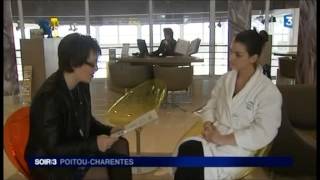 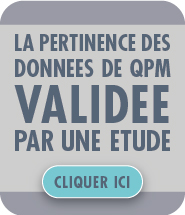 A word from the CEO 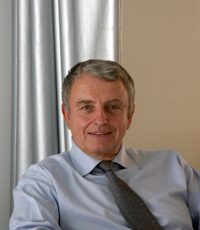 In 1973 when along with 3 or 4 others (because neat ideas don’t usually occur to one person alone) I intuitively saw the potential of telephone marketing, France had 7 million telephone lines. It was 2 years later before a private individual was able to benefit from the precious instrument. That was back in the days of 2-digit phone numbers (as in the song “22 à Asnières” made famous by Fernand Reynaud)… references that probably mean nothing to many, nowadays… By 1981, France had 28 million phone lines… In the 80’s, only the privileged few had a phone in their car; much like having a GSM in 1993. The same thing happened to me in 1986 when we created sales force management software for micro-computers (Supercom). Today there are over 300 of them. And I’m not just an old fuddy duddy in saying this, I am merely reminding the reader of that things change. A technology that seems impossible at a particular time in history, becomes “run-of-the-mill” later. Many, no less than mere nobodies, have fallen into this trap  :

Lord Kelvin  Chairman of the Royal Society, circa 1885

« Everything that can be invented has been invented »

« Sensible and responsible women do not want to vote »

« Airplanes are interesting toys but of no military value »

« Who the hell wants to hear actors talk? »

« Computers in the future may weigh no more than 1.5 tons »

« No computer will ever need more than a few hundred kilobytes.. 640K of memory is enough »

And the list goes on…In fact, initially innovation is likened to heresy, later it is violently criticized, then finally recognized as an essential reality… The duration of each stage depends on the resistance to change of the groups concerned. Now we can talk about bio-impedance.

The QPM® product and applications as we speak of them today represent just the tip of the iceberg, even if some are still troubled by their innovative nature. Placing electrodes on a person in order to glean electro-physiological information, then processing this with the help of a computer, will soon appear banal to us.
Les technologies de mesure progressent si vite, que déjà des applications extraordinaires voient le jour dans les laboratoires de recherche.
Measurement technologies are progressing so quickly that some extraordinary applications are now coming to light in research laboratories. These systems, which measure the difference in potential, and/or conductibility and/or impedance and/or infrared radiation (and the list could go on) on some or all of the organism, will develop very rapidly, since the envisioned fields are vast. Massive amounts of money have been invested in such systems in laboratories in the United States, Russia and particularly Japan. The psychological and medical aspects are almost secondary compared to the integration of these technologies into routine objects, through the use of low energy and miniaturized elements. These "heretofore inanimate objects" will likely be able to change properties depending on our condition, and – why not? – transform themselves depending on the result of these subtle measurements.

Increasing number of applications in our daily lives.

Of course, there are a great many applications in the field of education and leisure. The ability, with a simple, reliable and relatively inexpensive machine, to detect a high level of stress, violent emotion, intense fatigue, joy or sadness, or reduced vigilance (etc.), can prove useful in many circumstances. The ability to control a technical system with nothing more than a few sensors judiciously placed on the skin is also useful... After reading these few lines, you will certainly not be surprised to learn that several major American universities have already implemented an equivalent process to improve the efficicacy of their on-line courses. The system enables the lecturer (who teaches students located thousands of miles one from another) to assess the effect of his presentation and adapt his speed of delivery to the data from measurements done on the participants. These are transmitted to him (to his virtual office) in real time, gradually as the lesson progresses!

This is the start of a new era; together let us seize this opportunity for self-knowledge, personal development and well-being.